The projects will be developed in packages of 50 MW 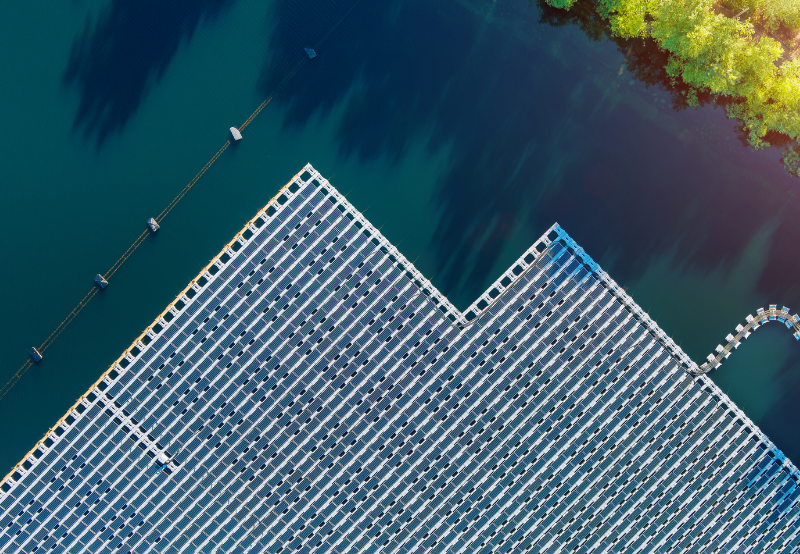 NHPC Limited (formerly the National Hydroelectric Power Corporation) has signed a memorandum of understanding (MoU) with Green Energy Development Corporation of Odisha Limited (GEDCOL). As part of the MoU, both the parties will collaborate to form a joint venture company for the development of techno-commercially feasible floating solar power projects of nearly 500 MW in the state of Odisha.

Together, the two entities would also explore further potential of installing floating solar projects later in the state.

According to a Bombay Stock Exchange (BSE) filing, the projects will be developed under the ultra-mega renewable energy power parks (UMREPPs) program of the Ministry of New and Renewable Energy (MNRE) in a phased manner, preferably in packages of 50 MW each.

Recently, MNRE modified its guidelines for the development of solar parks and ultra-mega solar power projects. There were seven models under which this program could be implemented, but the ministry added a new model called the ultra-mega renewable energy power parks. As per the guidelines, any central or state public sector undertaking unit, state government organizations, or their subsidiaries, can be the solar power park developer under this model.

Earlier, NHPC had announced that its board of directors had approved a proposal to diversify the company’s business to include solar power projects. The hydropower generator said that the company would act as an intermediary procurer through solar power developers.

The company has also called for enlisting engineering, procurement, and construction (EPC) vendors for floating and ground-mounted solar projects starting from 10 MW in size. It has also invited bids from EPC contractors for a 40 MW solar power project to be developed at Landeihil village in Ganjam district of Odisha. This was a retender of the capacity that was floated in April last year.

According to Mercom’s India Solar Project Tracker, NHPC Limited has 50 MW of solar projects in operation in Tamil Nadu. It also has another 50 MW of floating solar projects under construction.

Get the most relevant India

Cookies
To make this site work properly, we sometimes place small data files called cookies on your device. Most big websites do this too.
Accept